“Principal suspended for giving a kid a wedgie” 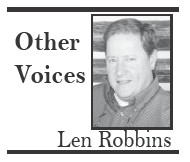 The headline – as they are supposed to do – caught my attention.

According to the Associated Press story from a number of years ago, Park High School (Livingston, Montana) principal Eric Messerli was suspended for two days without pay and four days with pay for “grabbing a Park High senior’s soccer jersey and pulling it over his head and giving the student a ‘wedgie’ by pulling up on the waist band of his underwear.”

Witnesses of the wedgie say Messerli’s actions were done in an effort to “joke around” with the student.

The incident apparently caused quite a stir in the community, as Messerli cried as he read a statement to the board and public.

“I’ve made mistakes in my life, but none have had the impact that this one has had,” he is quoted as saying.

Must not be much trouble to be had up in Montana.

I consider myself something of an expert on wedgies, having been on the receiving end of literally thousands while growing up as the shortest, skinniest, most smart-alecky kid in my class, school, neighborhood, county, and state, for roughly a decade (ages 4-14). That said, I think these folks are overdoing it a bit.

Yeah, I know he was the principal, but all he gave the kid was a simple “Blind Wedgie.” It’s relatively harmless in the world of wedgies. I mean, he could have given the kid a hundred different types of wedgies that would have made the victim cry, not the perpetrator.

Or there’s the “Egg Wedgie.” First, place an egg in the underwear. Then the victim is wedgied until the egg is cracked (Note: It may take a while).

Then, there’s the hideously simple “Bangkok Wedgie,” which is accomplished by performing a regular wedgie, then kicking the victim in the groin. Ouch.

I was once the victim of a “Hanging Wedgie,” where I was wedgied and my underwear hung on a utility pole spike, leaving my puny body dangling in agony.

It took two kids to deliver the “Hanging Wedgie.” For some reason, they were miffed that I had urinated on them as they climbed up the ladder to a tree house moments earlier.

While the wedgie as punishment did work in that case (I haven’t urinated on anyone, other than myself, since), I never found it to be an effective disciplinary tool with my children.

I tried it with my daughter once, to punish her for some minor indiscretion when she was around eight years old. She seemed unfazed. Twenty minutes later, she was pulling on my sleeve, “Daddy, can you give me a wedgie again? That was fun.”

She kept pestering me until I gave her a “Melvin,” which is a wedgie from the front.

I later switched to “Indian Burns” and “Noogies” to punish my children. I would suggest the same for parents, and principals, everywhere. I found them highly effective.