Highlights of an historic session

Under the Gold Dome 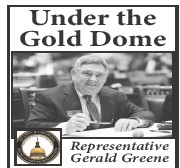 Following the legislative session, the Governor has 40 days to review legislation we’ve passed and decide whether to sign it into law. I wanted to provide you with an update on legislation he has signed in recent days.

Over this session, we enacted several pieces of legislation addressing issues faced by our men and women in the military, including the Senator Jack Hill Veterans Act, a bill on which I was proud to be the lead House sponsor.

Governor Kemp signed four of these bills into law recently at the National Infantry Museum in Columbus.

Many professions in Georgia require licensing by the state or various state agencies. These licensing requirements for careers including doctors, lawyers, and engineers are designed to ensure Georgians engaging in professions that could affect the safety of all of us have proper training and experience.

This legislation doesn’t change these requirements. It simply allows a military spouse who is licensed in another state access to an expedited process to receive Georgia licensing.

Military families sacrifice in different ways than their loved ones in uniform, but they sacrifice just the same. This legislation recognizes that and seeks to simplify the process for spouses who join their loved one in Georgia.

House Bill 1064 expands income tax exemptions for military retirement for those under age 62. Georgia has had in place retirement income exemptions for those over aged 62 for several years. However, many retirees that entered military service at a young age have been leaving Georgia to seek out similar benefits available in nearby states.

This legislation recognizes the important skills and training these men and women have received in the military, and the important role they can play for many years to come in Georgia’s civilian workforce.

Senate Bill 87, the Senator Jack Hill Veterans Act, is a bill that I was proud to be the lead sponsor of in the House of Representatives.

This legislation, named in honor of the late Senator Jack Hill of Reidsville, creates a means for individual Georgians to make voluntary contributions through their tax returns to benefit service-disabled veterans.

Men and women injured in the line of duty often have a long road to recovery ahead of them.

This legislation is a modest way for Georgians to show their continued appreciation for our disabled veterans, even after they have left active duty.

Senate Bill 96 would allow notaries to accept a Veterans Health Identification Card as identification in the process of providing their services.

Notaries provide an important service to many Georgians, often in urgent and time sensitive situations. This legislation will ensure that veterans receiving medical care can have important documents verified.

The Governor has several weeks remaining in the 40-day bill review process provided to him in the state Constitution.

As the Governor continues to review legislation, I will provide additional updates on his decisions; remember you can always reach out to me at 404.656.9210 or via email at Gerald.greene@house. ga.gov

Gerald Greene represents District 154 in the Georgia General Assembly, where he serves as the Chairman of the State Properties Committee.