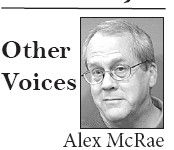 I used to think the world’s most clueless people were members of the U.S. Congress.

Another potential candidate has just been spotted.

His name is Jose Manuel Perez. According to a recent newspaper article, Mr. Perez resides in Oxnard, California.

Perez is a criminal. He isn’t a serial killer. He doesn’t slap people at awards shows. He doesn’t even cheat at Wordle.

Perez has a specialty that doesn’t get mentioned much these days.

Back in the Wild, Wild West when good guys wore white hats and no crime went unpunished, rustling rated right up there with murder in the “seriousness” sweepstakes.

Cattle rustlers were routinely hanged from the nearest tree.

Perez will simply do some jail time. Probably because he wasn’t rustling cattle. Perez was rustling reptiles and trying to bring them into the U.S. illegally.

When busted, he was also toting an amphibian or two.

Perez was nabbed by federal pet police on February 25 while trying to enter the U.S. from Mexico. When border agents asked if he had anything to declare on entering the U.S., Perez said no.

But he seemed a little twitchy. Border agents patted him down and found that his pockets were stuffed with over 60 reptiles and amphibians. The collection included dozens of Yucatan and Mexican box turtles, baby crocodiles, and Mexican beaded lizards.

Perez told authorities the reptiles were his pets.

When I started reading the story I told myself not to get all judgy. I know people who keep and raise reptiles as pets. Amphibians, too. When I lived in south Alabama I knew a guy who kept some red horse carp in a big tank in the back yard and fed them crickets and worms. He named one Cecil after a coach he disliked.

But after reading the full story, I knew Perez wasn’t hauling pets home from a trip to Disney South of the Border. He was in it for the dough.

Cops broke the case open when they cracked Perez’s computer and found countless social media posts depicting the critters being collected in the wild.

The digital files also included names of people as near as El Paso and as far away as Asia willing to pay big bucks for the beasts.

Perez has been indicted on charges of smuggling more than 1,700 reptiles into the U.S.

He’ll be headed for the slammer soon. (Could that be the title for a country song?)

Clearly, Perez was in it for the money. If he just wanted to collect obnoxious, creepy critters he could have driven to Georgia and loaded his pockets, car, and a U-Haul trailer with the latest illegal alien to enter my home state.

It’s a Joro spider. It’s not only creepy, it’s huge.

When my kids were little, we sang “Itsy Bitsy Spider.” This monster doesn’t fit that description.

Experts say a healthy Joro spider can reach three and a half inches in diameter — not counting its eight long, creepy legs.

These same experts say that the lack of natural predators will allow the Joros to thrive and flourish in my home state.

Sounds scary, but unlike members of Congress, the Joros may actually have a useful purpose. They eat mosquitoes and stink bugs.

I’ll never refer to a spider as a pet, but stink bugs and mosquitos are already showing up at my place. That situation won’t get better until football season.

If the Georgia Joros stick to their bug removal business we’ll be good.

If they don’t, I’ll be reaching for the Raid!.

Alex McRae’s debut novel, “Rough Draft,” is now available. He can be reached at: alexmmcrae@gmail.com.