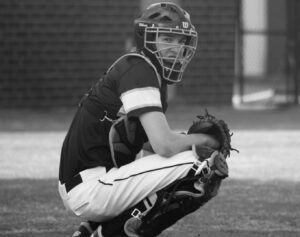 Early County fell behind early and couldn’t bounce back in a 6-3 loss to Rehobeth Thursday, March 3.

The Rebels got the scoring started in the bottom of the first inning with a solo shot over the center field wall giving Rehobeth a 1-0 lead.

The second run of the game came with two outs in the bottom of the first when a hard single to left field plated another run for the Rebels.

Rehobeth plated two more runs in the bottom of the second inning, one on an error and one on a passed ball to make the score 4-0.

The Bobcats finally got something going in the top of the sixth inning when Gaines Harrell doubled and scored JD Holmes who walked to lead off the inning. Harrell would come around to score as well when Dylan Hatton reached on an error and brought the score to 6-2 in Rehobeth’s favor.

Early County had the bases loaded in the top of the seventh inning when Astyn Grimes was hit by a pitch and scored Jaylen Williams making the score 6-3, but the Bobcats couldn’t keep the momentum going and the Bobcats fell to Rehobeth 6-3.

Grimes suffered the loss for the Bobcats on the mound. He tossed 1.0 innings and gave up four runs on three hits.

The Bobcats got back in the win column when they faced St. Luke’s Episcopal Saturday, March 5.

Early County struck fast when they plated three runs in the top of the first inning. Hatton singled to center and scored Harrell who had gotten on by an error by the first baseman. The second run came when Grimes scored on a wild pitch and Noah Odom scored the third run on another Wildcat error.

St. Luke’s Episcopal lone run came in the bottom of the first inning on a bases loaded walk.

The Bobcats extended their lead, 4-1, in the top of the second when Mikhael Chrispen scored on a passed ball.

The fifth run for the Bobcats came in the fourth inning when Landon White singled to center field and scored Grimes who was on with a hit by pitch.

The final five runs came in the top of the seventh for Early County. Grimes reached first on an error that scored Kade Smith and Rafael Valles making the score 7-1.

Hatton then singled to left field and scored Harrell who was on with a walk and Grimes for a 9-1 advantage.

The Bobcats tacked on the final run when Odom singled to center field and scored Hatton giving Early County a 10-1 lead and the eventual win.

White celebrated the win on the mound. He tossed 6.1 innings, gave up no hits and no runs, and struck out six batters.