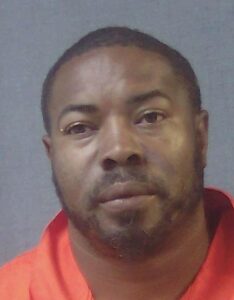 Shortly after 11:00 p.m. on Tuesday, March 29, 2022, Blakely Police officers executed a search warrant at 19358 E. South Blvd. as part of a lengthy investigation into the distribution of illegal drugs from that residence.

As officers made entry into the residence, it was apparent that powdered cocaine was in the process of being converted to crack cocaine. As result of the search, approximately 85 grams of cocaine was recovered. Tyrone D. Sparrow, 39, of Blakely, Ga. was arrested for trafficking in cocaine and booked into the Early County jail awaiting proceedings in Early County Superior Court.

Georgia State Patrol’s Aviation Unit provided invaluable assistance during the planning and execution of this warrant. BPD would also like to thank the Early County Sheriff’s Office and LifeBrite EMS for their response and assistance at the scene. Additional charges may be filed in connection with this investigation.